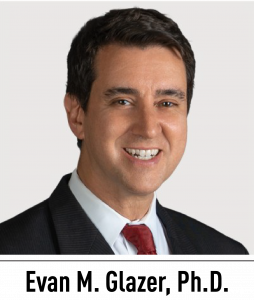 Evan joined the Illinois Mathematics and Science Academy on July 1, 2021 bringing a wealth of education experience at both the secondary and university levels. A native of Illinois, he has deep experience leading high performing, specialized secondary STEM schools with rigorous academic programs, including Thomas Jefferson High School for Science and Technology and Roanoke Valley Governor’s School for Science and Technology. Being raised in the Midwest, Evan is a student of STEM, and leading a STEM school is part of his core experience and identity

Prior to joining IMSA, Evan served as Head of School for Avenues: The World School in New York. Before Avenues, he served more than ten years as principal of Thomas Jefferson High School for Science and Technology (TJHSST), a state-chartered magnet high school in Alexandria, Virginia. Under his leadership, TJHSST received the Star Innovator for Science award (2010) and was named the number one high school in the country by U.S. News and World Report (2014) and by Newsweek (2015). Passionate about teaching, Evan also made time to teach math class and clubs, and offer electives and minimester seminars about leadership and social impact to students while at Avenues and TJHSST. Evan’s earlier school leadership experience includes serving as the director of Roanoke Valley Governor’s School for Science and Technology (Roanoke, VA). He began his career in education at his alma mater, Glenbrook South High (Glenview, IL), where he taught math. Evan received his B.S. and M.S. degrees from the University of Illinois (Champaign, IL). He went on to earn a Ph.D. in instructional technology from the University of Georgia (Athens, GA). Evan has published two books, Using Internet Primary Sources to Teach Critical Thinking and Everyday Use of Mathematical Concepts: A Reference Guide.

Having spent most of his career in progressive schools with interdisciplinary and project-based curricula, Evan holds a deep regard for instructional and student-led innovation, diversity, equity and inclusion and ethics, all underpinned by a strong culture. He feels a deep privilege to be invited to join this very special community and to imagine the work together as the next chapter of IMSA is written.

Evan’s family looks forward to attending many different IMSA events. When they are not at school, Evan’s wife Jen and children Luke (8), Brooke (6) and Hope (4) all enjoy children’s stories, Italian beef sandwiches and trips to the playground and amusement park. Luke and Brooke are also learning Mandarin. His children love spending time with “big kids” who will teach them something new, laugh at their kid jokes and give them a high five.