The Illinois Mathematics and Science Academy (IMSA) is pleased to announce four recipients of the 2021 Board of Trustees Alumni Awards who are leaders and innovators in technology, medicine, international law and economics.  The recipients are scheduled to be honored at a October 22, 2021 assembly.

The Alumni Titan Award, an annual award, honors alumni, who through outstanding service to IMSA advance the institution’s mission and work. The honorees are enthusiastic and energetic IMSA champions who dedicate significant time, talent and/or treasure to endeavors that help the Academy fulfill its role in developing talent and leadership in mathematics, science and technology for our state, nation and world. 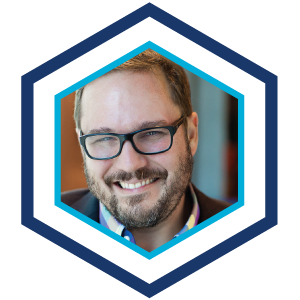 Jay Budzik, ’95, has given back generously to IMSA. Jay served as a student network system administrator from 1993-1995, a SIR mentor from 1997-2003 and Trustee from 2008-2020. As a student at IMSA, Jay helped manage campus computer infrastructure, ensuring all students had access to computing resources. As an SIR mentor, Jay worked with aspiring computer scientists who wanted to pursue research.

He was honored to be appointed a Trustee in 2008, where he advocated for greater financial transparency that helped IMSA understand how its budget reflected institutional priorities.

He encouraged the development of program evaluation frameworks and metrics, so IMSA could demonstrate the impact of its programs to stakeholders. These efforts provided the data necessary to allow IMSA to contemplate program expansion so that more students and teachers can benefit from IMSA’s programs, and ultimately led to the passage of SB 2939.

Jay contributed to the development of the TALENT entrepreneurship program, PFS programs, and encouraged IMSA to focus on improving diversity, equity and inclusion.

Jay is CTO of Zest AI, which develops software that helps lenders of all sizes harness the power of machine learning to make more profitable and inclusive loans. His work developing ML models that use more data and better math is making it possible for people of color and previously-underserved populations to participate more fully in our economy.

The Alumni Distinguished Leadership Award, an annual award, goes to alumni who have made distinguished achievements or leadership contributions in their professional fields of endeavor consistent with IMSA’s mission. The awardees also may be recognized for significant civic or community contributions or for extraordinary courage and selflessness under challenging circumstances. 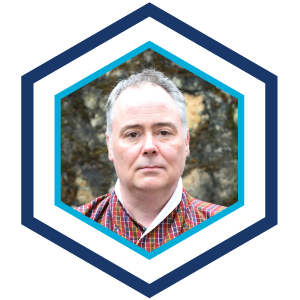 Michael Peil is the founding Vice Dean of Jigme Singye Wangchuck School of Law, a law school that trains future lawyers in Bhutan. As Bhutan’s first democratic generation comes of age, there is the challenge of defining law in a nation that has been governed for much of its history in semi-theocracy and by monarchs. There is also difficulty in designing a curriculum that strikes a balance between educating students in handling disputes in a formal court system and through a village elder — a long-held custom stemming from a belief that justice based on conciliation maintains social harmony. In a culture where the adversarial nature of Western legal practice is seen by some to oppose Buddhism, which most people of Bhutan follow, the stakes have been high for training lawyers who could defend Bhutanese values as the demands of modernity came rushing in.

Michael previously served as Associate Dean for International Programs at Washington University School of Law in St. Louis (USA) and as Executive Director of the International Law Students Association (ILSA). He received
his Bachelor’s degree from Wake Forest University (USA) and his Juris Doctor from Cornell Law School (USA). 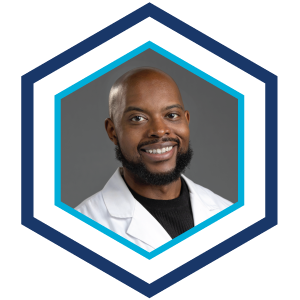 Dr. Lambert ’03 provides compassionate and preventative care to people from all communities and walks of life as medical director of the Rush University Family Physicians group. Aside from his busy clinical practice, Dr. Lambert remains very involved in the Rush community in several capacities, including as a clinical teacher and facilitator, director of the Rush Family Medicine Leadership Program, director of the service-learning curriculum, an active member of the Admissions Executive Committee. He is a member of the American Association of Family Physicians, a diplomat of the American Board of Family Medicine, a member of the Christian Community Health Fellowship, an academic advisor for the National Medical Fellowship Minority Primary Care Leadership Program, and the Chicago Area Albert Schweitzer Fellowship Program.

Initially, Dr. Lambert worked at Family Christian Health Center in Harvey, Illinois focusing primary care in underserved communities. He continues to be involved with academic medicine as well as mentorship, recruitment, and retention of minority students into medicine.

Dr. Lambert was named to the National Medical Association Top Healthcare Professionals Under 40 List. Additionally, he has been the recipient of several awards in his career, including the 2011 David Jones Peck, MD Award, induction into the Arnold P. GoldMedical Humanism Honor Society, the 2010 American Medical Association Minority Scholar Award, the 2011 National Medical Fellowship Resident Scholar Award, the 2017 recipient of the Oustanding Educator Award from the Office of Congressman Danny Davis, the 2017 recipient of the Leonidas J. Berry, MD Award for Diversity and Inclusion, the 2017/2018 Family Medicine Preceptor of the Year Award, and the 2017/2018 recipient of the Rush Medical College Positive Learning Environment Award.

The Alumni Trailblazer Award, bestowed when merited, honors alumni who personify IMSA’s philosophy statement that there will be alumni who “create new intellectual worlds, cure a dreaded human ailment or in some other way significantly influence life on our planet.” The outstanding achievements of these honorees will have earned national or international prominence for a groundbreaking or sweeping initiative that has redefined and improved the way significant numbers of citizens live, learn or work. 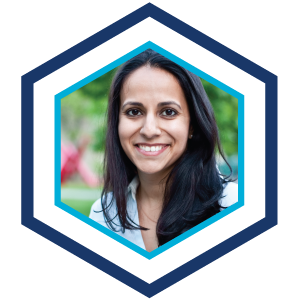 Dr. Narula is helping redefine the future of money by researching cryptocurrencies and providing clarity on how digital currencies will transform our world. In short, she is a research scientist, engineer, and currency futurist. Neha is director of research at the Digital Currency Initiative, a part of the MIT Media Lab where she teaches courses and leads cryptocurrency and blockchain research. While completing her PhD in computer science at MIT, she built fast, scalable databases and secure software systems, and she spoke about these topics at dozens of industry and research conferences.

In a previous life, Dr. Narula helped relaunch the news aggregator Digg and was a senior software engineer at Google. There, she designed Blobstore, a system for storing and serving petabytes of immutable data, and worked on Native Client, a system for running native code securely through a browser. She is a member of the World Economic Forum’s Global Futures Council on Blockchain and has given several TED talks on the Future of Money. Named to WIRED’s list of 25 leaders shaping the next 25 years of technology. She also appeared on Amanpour & Company and 60 Minutes. She is a member of the Program Committees for EuroSys 2019, IEEE Security & Privacy 2020, Financial Cryptography v2020, Symposium on Cloud Computing 2020, and Stanford Blockchain Conference 2020.