The Illinois Mathematics and Science Academy (IMSA) is pleased to announce three recipients of the 2020 Board of Trustees Alumni Awards who are leaders and innovators in medicine, economics and science. The recipients are scheduled to be honored at an October 23, 2020 Virtual Assembly.

The Alumni Titan Award, an annual award, honors alumni, who through outstanding service to IMSA advance the institution’s mission and work. The honorees are enthusiastic and energetic IMSA champions who dedicate significant time, talent and/or treasure to endeavors that help the Academy fulfill its role in developing talent and leadership in mathematics, science and technology for our state, nation and world. 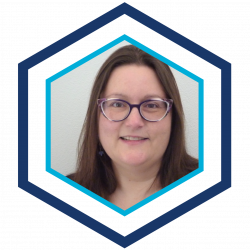 Tamora is an advocate for IMSA and its Alumni Community. Tamora has volunteered her time to IMSA for over 20 years serving on the Admissions Review Committee, as a Computer Science Career Forum panelist, an Alumni women in STEM panelist, an IMSA Alumni Association cabinet member, a reunion volunteer, an Alumni regional event planner & host, and an ambassador for IMSA and Alumni connections. Tamora serves willingly and is a model for Alumni giving back their time and resources.

Tamora is also passionate about civil liberties and food security. She works in the software industry.

The Alumni Distinguished Leadership Award, an annual award, goes to alumni who have made distinguished achievements or leadership contributions in their professional fields of endeavor consistent with IMSA’s mission. The awardees also may be recognized for significant civic or community contributions or for extraordinary courage and selflessness under challenging circumstances. 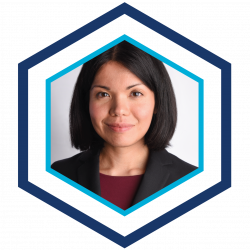 Amy previously worked as a senior attorney at the American Civil Liberties Union of Illinois, leading the organization’s strategy and advocacy for advancing women’s rights and gender equity in Illinois. She engaged in litigation and policy advocacy efforts on civil rights issues including reproductive rights, pregnancy discrimination, domestic violence, voting rights, and freedom of speech.

Before joining the ACLU, Amy taught at Loyola University of Chicago School of Law as the Civitas ChildLaw Center’s Policy and Legislation Clinical Teaching Fellow. She has also served as Reentry Coordinator and Deputy Chief of Staff for the Mayor’s Office of the City of New Haven, Connecticut.

Amy earned her J.D. from Yale Law School and her B.A. from Swarthmore College. 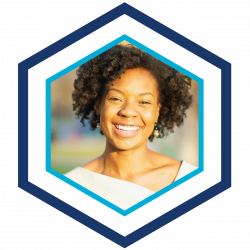 Rhiana Gunn-Wright is the Policy Director at New Consensus. She has worked with Alexandria Ocasio-Cortez on the creation of the Green New Deal. She has called for Advanced Research Projects Agency–Energy (ARPA-E) to be as generously funded as DARPA, and the creation of a green bank that will offer financing to communities that do not have access to clean water or transportation. The Green New Deal includes a plan for 100% renewable energy, net-zero greenhouse gas emissions, sustainable jobs and high-quality healthcare.  She has since been involved with the Ocasio-Cortez town halls and the CNN climate town hall.

Rhiana has written for The Guardian and was included in Time magazine‘s list of the top women fighting to end climate change. She was also a signatory on the Women Lead Climate campaign.

Rhiana attended Yale University for her undergraduate degree, majored in African-American studies and graduated with honors in 2011.  She was inspired by the New Haven Promise initiative as a way to break the cycle of disadvantage. After graduating, she joined the Institute for Women’s Policy Research as a research fellow. Here she worked alongside Heidi Hartmann on paid maternity leave. In 2013, Rhiana was selected as a Rhodes Scholar at the University of Oxford where she studied social policy. After graduating, she served as an intern to Michelle Obama.